SVCC Esports Club is competing in Ultimate Endgamers League Tournament on Sunday, October 24, 2021. It will be a gauntlet-style tournament that determines which team has the best gamer, not the best at one game, but the best overall! There will be a total of 26 games - 7 players per team. Rounds will be won by the first to win 10 games or whoever has the most wins in four hours. The winner of the tournament will go home with $10,000. 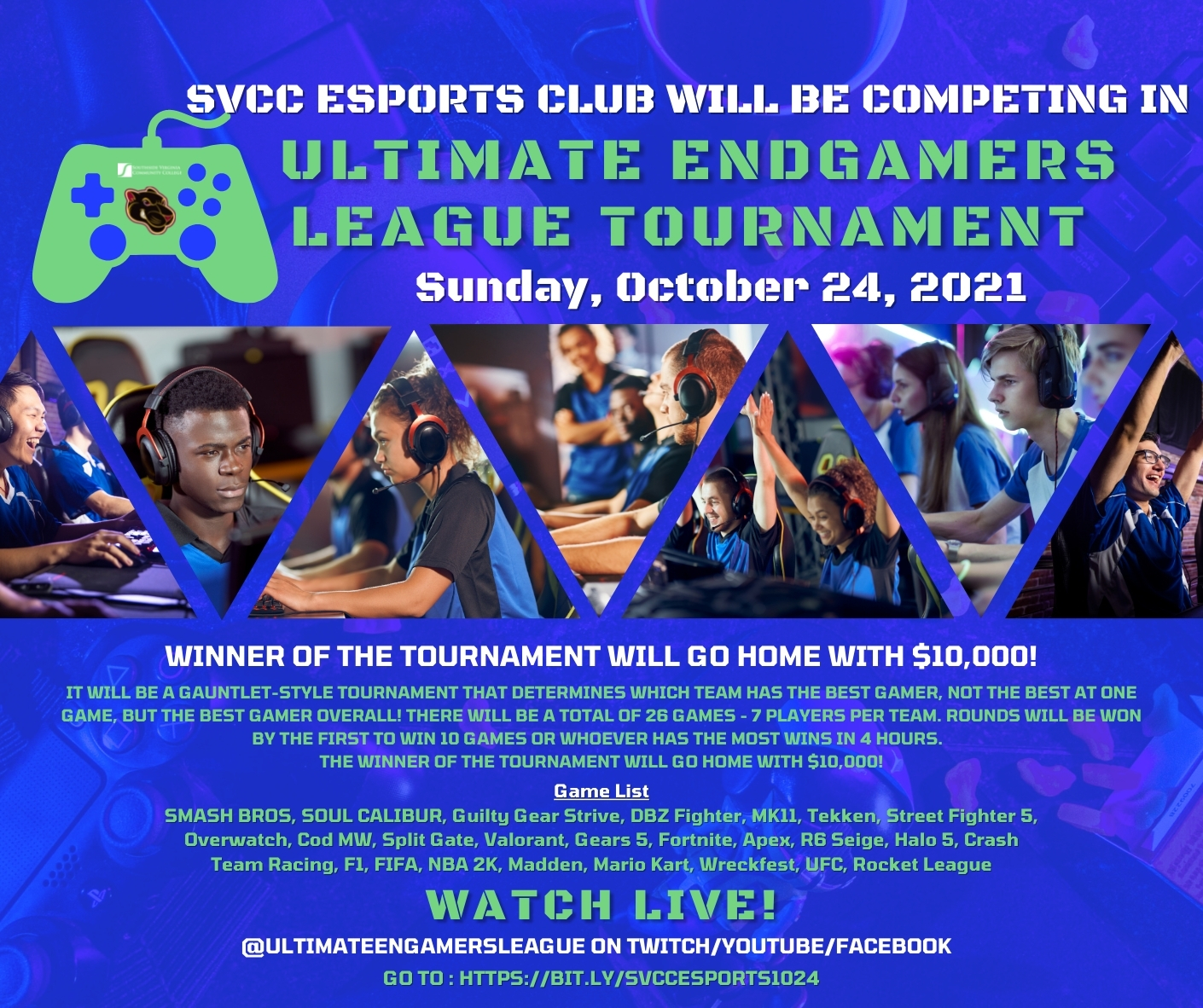 Tags
News
Student Activities
In this section
Back to top