The Southside Virginia Community College men’s basketball team broke out to a double-digit lead eight minutes in and never looked back in picking up a 90-63 victory over Bryant & Stratton MIT on Sunday afternoon.

The victory improved the Panthers to 4-3 on the season.

SVCC trailed early but a rebound and putback by Marquise Petty gave the Panthers a 11-10 lead at the 15:52 mark of the first half.

Two straight buckets by Jermonta James extended the SVCC lead to 17-10 lead at the 14:57 mark.

The Panthers picked back up where they left off in the second half as treys by James and Joseph Jiggetts ran the lead to 64-47 at the 11:26 mark.

Two treys by Holmes extended the lead to 73-58 at the 6:50 mark and the local team cruised down the stretch to the lopsided win.

SVCC will return home on Saturday to face the College of Southern Maryland at 2 p.m. at Park View HS. 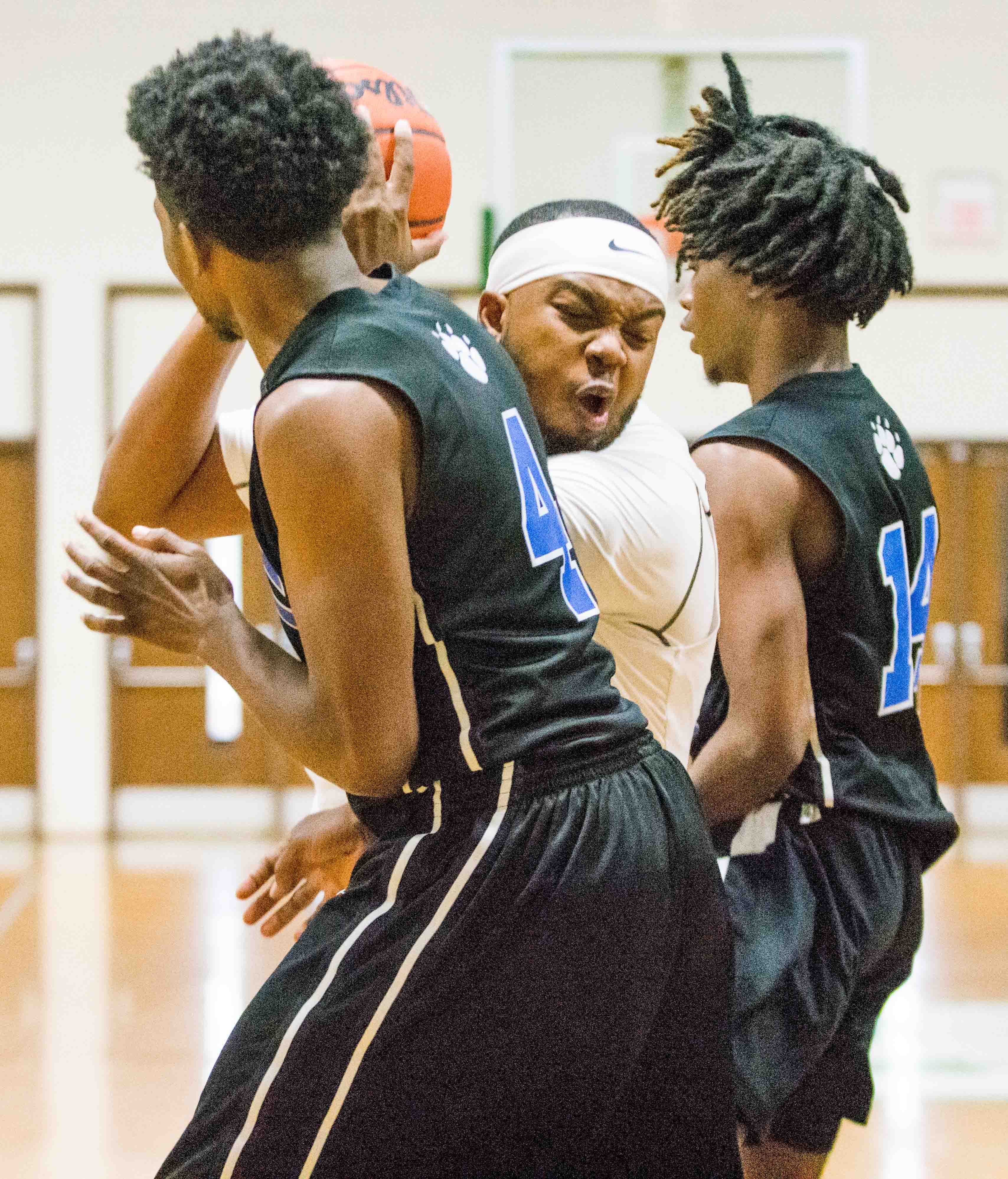 SVCC’s Tae Holmes looks for an opening on this drive between two Bryant & Stratton MIT defenders in action from the Panthers’ 90-63 win on Sunday afternoon.